About 45 million Americans have at least one tattoo, with about 20% of them suffering from “tattoo regret”.

There are many reasons for wanting a tattoo removed. One reason is “I was too immature when I had the tattoo done”. In addition employment/ business reasons are the basis for having tattoo removal. 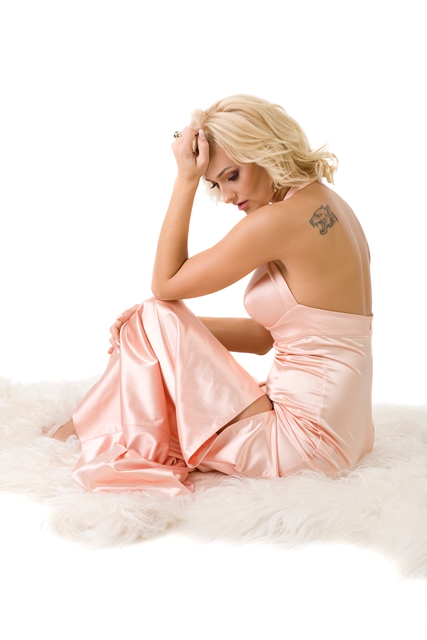 Dr. Prasad will help you understand the number of treatment sessions required based on your skin type, the type of ink, the color as well as other important factors. It is generally known that Dr. Prasad’s lasers can remove more ink with fewer treatment sessions, and can penetrate deeper into skin layers to remove more ink. All laser tattoo removal will require several sessions spaced apart for best results.

Factors Which Can Affect Success of Tattoo Removal

Professional – the most common type of tattoos which use different colors of ink applied by a licensed tattoo artist with a tattoo gun and disposable needles
Amateur – Done in a variety of ways usually using only one color. Amateur tattoos also include cultural tattoo practices where only one color of ink is used, even when done by a professional/experienced tattoo artist. Amateur tattoos also include tattoos applied using professional equipment like a tattoo gun, but not applied by a licensed tattoo artist
Cosmetic – tattoos that include scalp micropigmentation and tattooed eyebrows
Medical – Similarly performed to cosmetic tattoos. These are done to indicate health cautions in individuals or in specific body parts
Traumatic – These are accidental tattoos that occur when a dark substance enters an open wound, and the skin heals over it. Also referred to as unintentional or accidental tattoos

Laser Removal – different types/ spectrums of lasers are used to remove different colored inks. Different colored inks absorb different spectrums of light, which is why more than one laser/wavelength may be required. This is the most effective and predictable way to remove tattoos
Dermabrasion – limited to superficial tattoos where ink is at the top layer of skin
Salabrasion – gauze pads moistened with a salt solution to abrade the skin by rubbing. This method is most prone to abuse and injury as it is often self-performed by non-physicians
Excision – surgical removal of tattooed skin

Older lasers, which are still in use today for tattoo removal, are switched out depending on the color of the ink to be removed. Different colored inks need a different laser beam spectrum for removal. Q-Switched lasers deliver high-intensity heat in nanosecond pulses (billionths of a second) foto break apart ink embedded into the skin, and are the gold standard laser for tattoo removal.

The PicoSure laser uses picoseconds, or trillionths of a second. PicoSure lasers break up tattoo ink into smaller particles however PicoSure lasers are not effective with red ink. Generally, PicoSure treatment does cost more than other lasers due to the price of the device.

Additionally, while the shorter exposure of the picosecond wavelength does decrease chances of overexposure to heat, it may be too short to remove more difficult inks. Dr. Prasad chose not to use this laser because of these limitations.

The next generation Q-Switch laser is QX Max by Fotona, which is the preferred tattoo removal laser technology of Dr. Prasad. Unlike older Q-Switch lasers, the QX Max is a single pulse laser rather than older multi-pulsed lasers, so it is not affected by optical shielding from previous pigment destruction, making it more efficient and effective by reaching deeper layers and more pigments in a single session.

The larger spot size of the laser reduces the chances of complications due to tissue splatter, bleeding, and changes in skin texture.

While it does remain that different lasers are needed to treat the full spectrum of colored pigments, the QX Max Q-Switch has four laser wavelengths to treat all tattoo ink colors – basically it’s four lasers in one unit, making it more convenient for the patient to have their tattoo removed.

Wavelengths:
1064 nm Nd:YAG – Nd:YAG stands neodynium: yitrium aluminium garnet, the synthetic crystal that makes up the focal point of the laser. The 1064 nm is the common setting for Nd:YAG lasers, which is appropriate for darker ink removal
532 nm KTP – KTP stands for potassium titanyl phosphate, which is what the crystal the laser uses to double its frequency, and can eliminate lighter pigmented tattoo inks such red, tan, purple, and orange
650 nm and 585 nm dye – Dye lasers use liquid instead of crystals as the medium, and are the easiest lasers to change for wavelength. The 650 nm is best for green tattoo inks, while 585 nm is treats sky blue inks.

How Does Laser Tattoo Removal Work?

Not all tattoos are equally difficult or easy to remove as certain factors outside of laser or other removal methods contribute to them. The Kirby-Desai scale takes several factors of tattooing and tattoo removal, and assigns each of them a score, with the total score adding to how many treatments will likely be needed for tattoo removal:

3. Ink Colors – Black is the easiest tattoo ink to get rid of as the color absorbs all light wavelengths. Red is the second easiest to remove, but cannot be removed by PicoSure lasers. Green, yellow, and blue are among the harder colors to remove, which is why different wavelengths of laser are needed for intricately colored tattoos.
4. Amount and Depth of Ink – Professional tattoos tend to be more evenly colored, contain more ink, are placed deeper in the dermis with the use of a tattoo gun, and are generally larger than amateur tattoos. Amateur tattoos tend to have less ink, less evenly applied, closer to the skin surface, and also use less colors, so they are easier to remove than professional tattoos.
5. Scarring/ Tissue Change – Tattoos applications that resulted in scarring are more difficult to remove. Darker skin types are more prone to scarring during tattoo application, so this is another factor where darker skin types may need more removal sessions.
6. Layering/ Cover- Ups – Newer, larger tattoos are often used to cover-up older, unwanted tattoos. The newer tattoo also uses more ink to cover the old tattoo. The removal process will normally remove the newer tattoo first, then reveal the older tattoo, which will take more treatment sessions than just removing one tattoo with a smaller amount of ink.

How many laser treatments to remove a tattoo?

Depending on the Kirby-Desai factors, tattoo removal using the QX Max laser system would be anywhere from 3-10 treatment sessions, 4-8 weeks apart.